Microsoft raised eyebrows when it unveiled it would be shutting down Skype for Business in favor of a new Microsoft 365 integrated system called Microsoft Teams.

If you were like many, the potential of having the power of Microsoft interacting with your PBX got you excited. It teased you with the promise of increased productivity and a more effective team.

The good news is that now, Microsoft Teams Calling can interact with the Atlantech Online Hosted PBX service, making it the phone system of choice.

Microsoft Teams Calling focuses on compatibility with Office 365. In doing so, they have integrated all of the Office 365  tools that many organizations needed.

Teams is very valuable for small offices without complex phone system requirements. If your business relies on call centers, ACD Groups, advanced calling vectors, or some of the benefits of a flexible PBX that is fully featured and functional, Teams can be used as a super softphone for users while you still leverage the more complex requirements with our Hosted PBX service.

Here are four ways that you can use Microsoft Teams Calling while using Atlantech Online's business phone service.

To start, Microsoft Teams can pull together all your Office 365 apps into one place. Word, Excel, PowerPoint, Outlook, and OneDrive can all be accessed from within Teams. The system has no call recording, so you don't have the option to archive information shared during conferences and other important conversations.

Add to that, the ability to chat, conference, video conference and make/take phone calls and you have a full featured collaboration tool. No wonder Teams is surpassing Zoom and Webex with number of users!

Both enterprise businesses and smaller entities rely on call and contact centers. If Microsoft Teams Calling is your go-to system, you'll need to leverage other resources to manage your call routing. That's why using the Atlantech Online Hosted PBX service is a good choice because you can get all those things while your users are also using Teams.

To use Microsoft Teams, you'll need a Office 365 (now Microsoft 365) license. For many companies, this is a non-issue, as the reason they're using Teams is for the full suite. However, a lot of businesses are using Teams as their communications platform. This is where hosted PBX comes in.

One of the great features of PBX is that you can use any phone you choose. But more and more, we're seeing our customer using softphones and mobile devices with an app or even turning the mobile phone into a direct endpoint on our Hosted PBX service.

Microsoft Teams allows you to use its platform as a softphone, either with your own business line or one purchased through Microsoft. Choosing Atlantech's Hosted PBX gives you greater control and flexibility over your system, but we don't see Microsoft licenses.

Ensure you're paying for a license that includes Teams and the ability to make phone calls, and we can help with the rest. 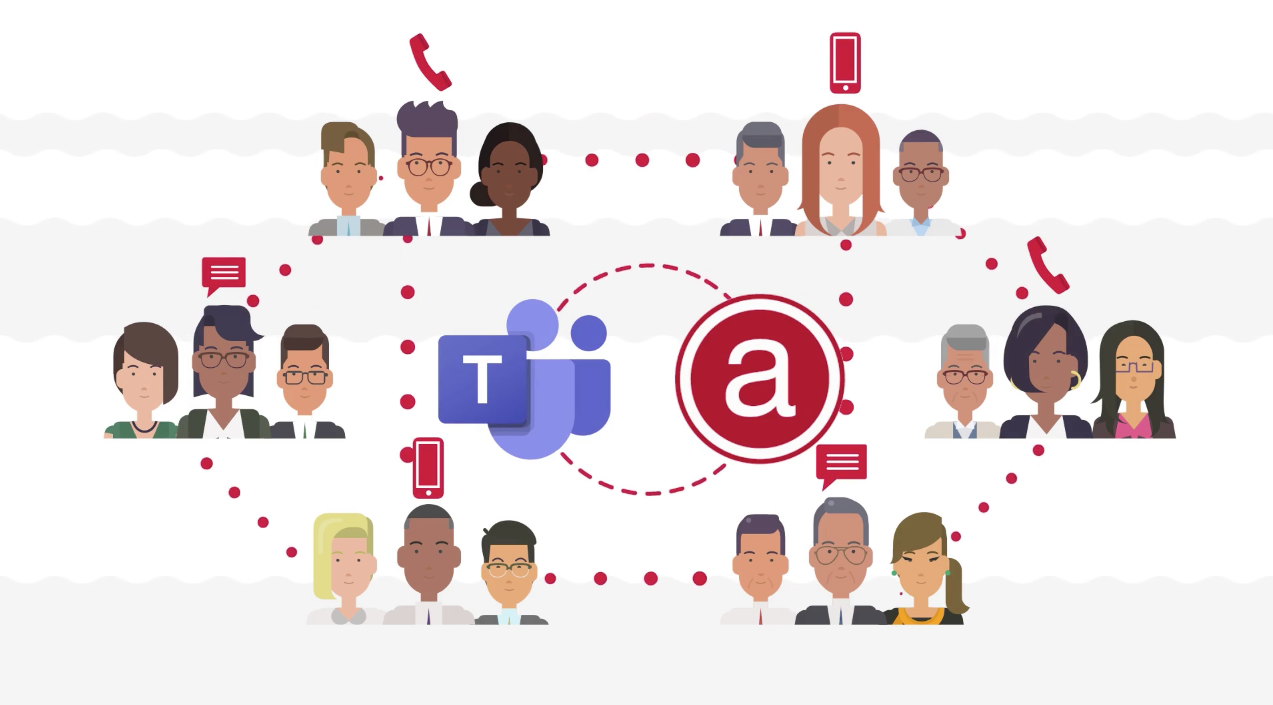 PBX requires top-notch customer service. If your system fails or requires assistance, you want to get it back up fast, and without wasting time searching for your own solution.

Well, Microsoft takes a hands-off approach to customer service with Office 365 and continues the same tactic with Teams. The company has an extensive information database but prefers users to manage with a self-service approach, rather than Microsoft committing resources to help.

That's why it is ideal to use Teams with our Hosted PBX service as we can help you get it setup easily and then providing ongoing support when the need arises.

4. Save Time and Money

Pricing for Microsoft Teams and calling with Microsoft directly can get confusing. Teams requires the Office 365 licensing and if you're doing Direct Routing with MS, you may need session border controllers (SBCs) and gateway servers along with connectivity directly into Azure.

Using Teams as a softphone on our hosted PBX platform will cost a lot less than that and save you lots of time. We had one customer that tried direct routing into MS themselves and it took them over 9 months to even get in position to do some testing. We setup Teams users on our Hosted PBX platform within one week.

The ongoing global pandemic has accelerated the rate at which companies are adopting Microsoft Teams Calling. Give us a call today and we can help you get setup and using Teams for calling. While you're at it, check out our guide, 10 Questions to Ask Before You Buy Phone Service.

Post by Tom Collins
July 10, 2019
Tom is the Director of Enterprise Sales & Marketing for Atlantech Online. He has over 20 years of professional experience in the Internet Service Provider industry and is known for translating technology into positive results for business. A native of Washington, DC, a graduate from University of Maryland (degrees in Government & Politics and Secondary Education), Tom is also a five-time Ironman finisher.