What To Do When Your Phone Provider Goes Bankrupt: Have a Plan of Action 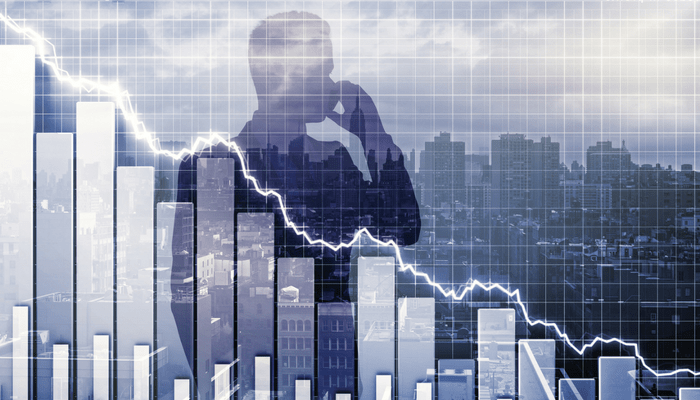 Avaya’s recent decision to file Chapter 11 bankruptcy was spurred by a debt load of $6.3 billion. CEO Kevin Kennedy made reference to the cloud as a key factor in their financial troubles and why their target market has “evolved significantly”, stating “Avaya’s current capital structure is over ten years old and was put in place to support our business model as a hardware-focused company.”

Whether or not you’re dealing with the possibility that your business communications equipment will no longer be supported by a phone company that’s gone bankrupt, there are some serious business continuity risks associated with using outdated TDM phone systems. If you’re a customer of Avaya or another traditional phone equipment company experiencing financial troubles, having a plan in place to weather the transition is important.

Is There a Tomorrow for Yesterday’s PBX Users?

Avaya is far from the first traditional phone provider to file for bankruptcy or transition away from making time division multiplexing (TDM) phone systems in favor of different products. Nortel declared bankruptcy in 2009. In relatively recent history, Siemens, Ericsson, GTE, ITT, Toshiba, and IBM have all disappeared from the market.

While it’s not clear exactly how long your legacy PBX phone system will be supported, it is clear why there’s so much disruption and financial troubles among the rapidly-shrinking pool of traditional phone companies. The global market for traditional PBX users is projected to shrink over the next two years to $6.9 billion by 2019. In contrast, the market for cloud-based Unified Communications is exploding and projected to reach over $143 billion by 2024.

No, but seriously. If you're on a legacy PBX instead of cloud-based communications tools, it's time for action. What should legacy TDM users do?

Evaluate What You Need from Your Manufacturer

While Avaya recently cut a deal with their creditors that should keep them in business, Fortune reports organization still owes an estimated $3 billion. If you’ve learned that your PBX manufacturer’s going bankrupt or being acquired, you should know immediately if you’re due for maintenance or extremely short on proprietary equipment. Take a look at your contract before your vendor closes their doors permanently to take advantage of whatever security updates, maintenance, or last equipment purchases you can. It won’t be a permanent solution, but it may help you ensure that you’re able to get the value you’ve paid for and extend the lifecycle of your PBX as long as possible. Things to look for when examining your contract with your current PBX provider include:

Getting the most out of your existing contract is likely the wisest place to start, especially if your time to update security flaws with patches is limited. “Assess the damage before you jump to damage control” recommends Marketing Director Tracey Klepic of Broadsoft.

Here’s where the real fun begins. In order to begin planning a switch to cloud-based communication tools, you’ll need to understand where you fall in terms of existing tools, hardware, and the number of users at each of your sites. Performing an audit can help you begin pricing out a switch to Unified Communications as a Service (UCaaS). If your legacy PBX hasn’t technically reached the end of its lifecycle--as calculated in terms of equipment depreciation--performing an audit may also help you ask for the money needed to switch to a new phone system.

IT audits of systems, contracts, users, and business requirements are notoriously time-consuming and to be honest, boring. If you’re taking the news from Avaya as a clear sign that it’s time to switch to cloud communication tools, the right cloud vendor should be able to help you assess your needs as part of your new UC system design and implementation. Depending on whether you are planning to switch to cloud-based hosted VoIP or full UC, the vendor’s audit may also help you assess:

Choose the Right Approach to Migration

For organizations that haven’t budgeted for a switch away from legacy TDM PBX, the news that their phone manufacturer’s gone bankrupt isn’t always within the budget. Fortunately, your options for making the switch away from an unsupported phone system from an obsolete manufacturer may be more extensive than you think. Depending on your legacy PBX and the UC vendor you choose, you may have the ability to take several non-traditional approaches to a UCaaS implementation:

If you’re not sure, that’s okay. With the right UCaaS vendor on your side, you can leverage the help of seasoned telecommunications experts to decide the future that makes the most sense for your organization and budget.

How to Bankruptcy-Proof Your Business Phone Systems

What if your organization was still relying on massive filing cabinets or dial-up internet to communicate with your customers? No technology lasts forever. While your TDM PBX probably works most of the time, there’s little guarantee that your equipment will remain secure if your manufacturer goes bankrupt and stops issuing security updates. Risks of using a legacy PBX system in a time of severe financial turmoil among manufacturers include:

If you’re hoping to hear about a new technology that will future-proof your business against technological change, you’re going to be disappointed. There’s no such thing. While switching to Unified Communication tools is likely the best way for businesses to achieve effective collaboration and productivity today, who knows what the best option will be for your organization in 2024. The next best thing your organization can do is stop putting your eggs in one basket and avoid being dependent on a bankrupt company by switching to the cloud.

Choosing the Agility Benefits of UCaaS

Unified Communications as a Service offers the advantage of flexible monthly billing (OpEx), where you pay only for the services received. Instead of having to invest in a costly on-site TDM PBX, you’re able to receive your services via fiber-optic internet and pay based on usage. This offers a lot more agility than budgeting for your on-premises equipment to depreciate over 5-9 years and crossing your fingers that the manufacturer’s still able to keep selling you handsets as your business grows (CapEx).

Organizations that move their tools to the cloud can scale their service up and down and change apps as business best practices change. Instead of spending your communications budget on costly extensions of your proprietary TDM PBX, your IT team can test out new features for file sharing and chat, and purchase the options that allow your organization to take advantage of cutting-edge options for collaboration.

If you’ve learned that your phone manufacturer is going out of business, you’re not without hope, but it’s definitely time for action. Even if your legacy PBX provider is still operating, you should take recent headlines as a clear sign to get moving. By selecting the right UCaaS vendor to help your business switch to the cloud in a way that makes sense for your needs and budget, you can ensure you’re never between a broken TDM and a hard place.

Post by Tom Collins
September 20, 2017
Tom is the Director of Enterprise Sales & Marketing for Atlantech Online. He has over 20 years of professional experience in the Internet Service Provider industry and is known for translating technology into positive results for business. A native of Washington, DC, a graduate from University of Maryland (degrees in Government & Politics and Secondary Education), Tom is also a five-time Ironman finisher.