Though office space in Washington, D.C. costs generally only half as much as office space in New York City, it still ranks as one of the most expensive office markets in the US

And there's a good reason. NYC serves as a major international commercial hub, as does the nation's capital. With so many opportunities for government contracts, or to service the companies going after those contracts, there's no shortage of business.

But before you decide on a new home for your business, let's look at some numbers and considerations when looking for office space in Washington, D.C. After all, there may be a good reason to pay more for an office based on some different factors.

The average office Washington, D.C. office space will rent for around $60 per square foot depending on the classification of the space. Class A occupants pay closer to $70, while Class B pay around $50.

Washington, D.C. office spaces are affected by the same factors that influence pricing elsewhere, but at a much higher range. But, before you can decide if the price is worth it for your company, you should understand why office spaces cost what they do in Washington, D.C.

The first thing to understand with square footage is that the type of building matters. To differentiate a building's features and value, real estate developers created a classification system.

Class A buildings are well-located, have good access, have excellent finishes and amenities and are professionally managed. This leads to Class A buildings attracting higher quality tenants who can afford higher rents.

Class B buildings are usually older but still have quality management, good finishes and amenities and tenants. Their prices are generally less than Class A, but still above the rest of the market.

Over the past year, though, only 46% of new construction have pre-lease commitments. Because of this, real estate professionals believe Class A vacancy in D.C. may reach 20% by 2021. If this does happen, you can expect rental rates to drop up to 10%.

Specific Location of the Office

According to UrbanTurf, the highest price for residential areas is in Northwest DC, with the median price hitting $800 per square foot. While this price is far beyond what an office space costs, it goes to show how much the location can influence the price.

If you're looking for an office on Capitol Hill, for instance, you can expect to pay at least $70 for Class A space. On the opposite end of the spectrum, however, is the Upper Northwest, where over 25% of Class B properties are vacant, leading to an average of $43 per square foot.

The building's Wired Score has a large effect on the pricing. If you haven't heard of this certification, it's a way for potential tenants to see the actual performance of a building's telecommunications. There are various levels a building can be certified as, but renters can rest assured that the service has been vetted. No longer do you need to worry about shady landlords making false claims.

Wired Score conducted research into how much tenants would pay if they had certain connectivity options. 75% said poor connectivity impacts their company's productivity, with nearly as many saying reliable Internet a critical factor in their rental decision. 84% of tenants also said they'd pay more per square foot if they had access to a reliable Internet connection.

Landlords and property managers aren't oblivious to these numbers, and while there may not be a specific value associated with better Internet connections, it's often used as a factor for setting rental rates. Even so, fiber Internet may be well worth the cost for your business.

Atlantech Online operates and manages an extensive fiber network as is one of Washington, D.C.'s leading telecommunications providers. And because we focus on our local area, not a national network, we can deliver better service to our customers, with higher uptimes, and more consistent speeds.

Related Reading: What is My Building's WiredScore?

While there are many great reasons to get office space in Washington, D.C., the areas surrounding it can be equally beneficial for your business, without costing nearly as much.

For example, office space in the data capital of the country, Northern Virginia, costs only around $34 per square foot. The suburbs of Maryland are even less at $30.

Alexandria is a common option for businesses who want to take part in the D.C. market without paying D.C. prices. The average rent in Alexandria will run you around $40 per square foot.

Atlantech's city of choice is Silver Spring, where prices hover around $31 per square foot of Class A office space.

Factors Which Should Influence Your Decision

While there are plenty of factors that can affect your decision, you want an office that's able to connect to high-speed Internet. If your building isn't wired properly, you're going to pay more to get set up.

You can check to see if your building is wired with our free tool. If it's not, we'd be happy to help with getting you up running. 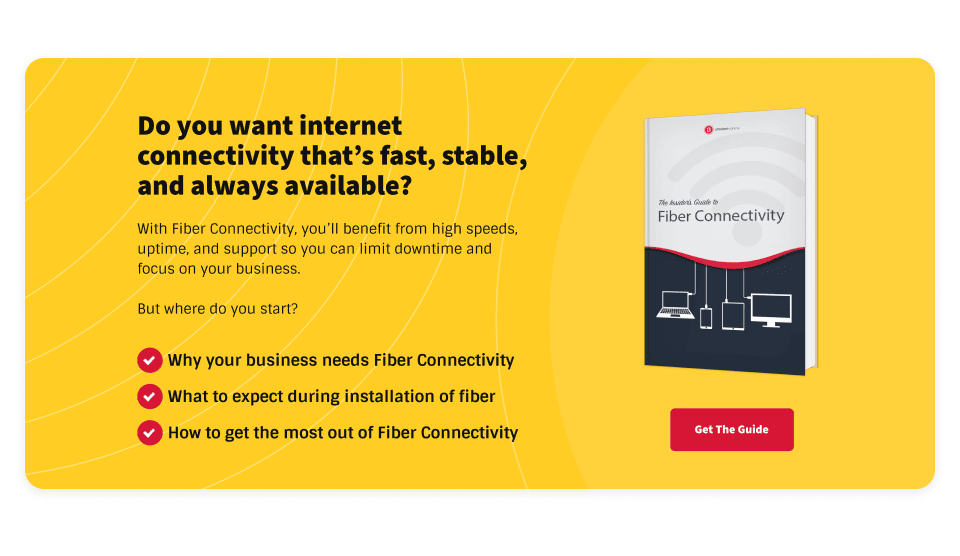 Post by Tom Collins
September 4, 2019
Tom is the Director of Enterprise Sales & Marketing for Atlantech Online. He has over 20 years of professional experience in the Internet Service Provider industry and is known for translating technology into positive results for business. A native of Washington, DC, a graduate from University of Maryland (degrees in Government & Politics and Secondary Education), Tom is also a five-time Ironman finisher.